Only the Strongest Ties Matter 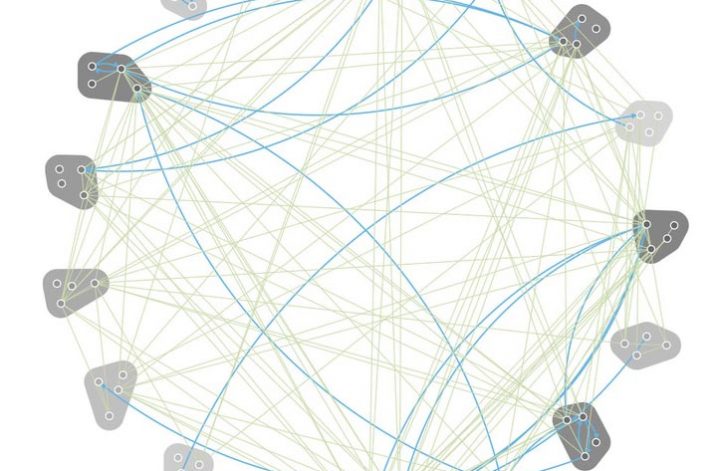 You may have heard of Mark Granovetter’s article “The Strength of Weak Ties” and David Krackhardt’s rebuttal “The Strength of Strong Ties”. While both strong and weak ties have their place in social networks, which type better supports team collaboration and problem solving?

In a recent study titled “The Strength of the Strongest Ties in Collaborative Problem Solving” de Montjoye, Stopczynski, Shmueli, Pentland, and Lehmann (2014) found it is the strong ties that really make a difference. Their experiment looked at the performance of 45 teams of college students working on a semester long project (4 students per team) and measured the strength of their expressive and instrumental ties. Expressive ties reflect friendship, and their strength was measured using questionnaires, while instrumental ties mainly encompass information exchange, and their strength was quantified by the amount of time students spent together in physical proximity.

The authors’ primary finding was that the stronger expressive and instrumental ties a team has, the better it performs. In other words, when friends work together often, they perform better. Interestingly, this relationship was found both within-teams and in extended networks. This means that members of high performing teams were often close friends and interacted frequently with members of other high performing teams.

Therefore, the authors conclude that “The problem solving abilities of teams of scientists or knowledge workers tackling today’s most complex problems could be greatly improved upon by creating very strong instrumental and expressive ties.”

Work with your friends, and work with them often.

Eric Forbush is the lab manager of SONIC Research Group. He can be reached at ericforbush@northwestern.edu.