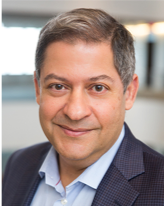 Noshir Contractor is the Jane S. & William J. White Professor of Behavioral Sciences in the McCormick School of Engineering & Applied Science, the School of Communication and the Kellogg School of Management and Director of the Science of Networks in Communities (SONIC) Research Group at Northwestern University.

Professor Contractor has been at the forefront of three emerging interdisciplines: network science, computational social science and web science. He is investigating how social and knowledge networks form – and perform – in contexts including business, scientific communities, healthcare and space travel.  His research has been funded continuously for 25 years by the U.S. National Science Foundation with additional funding from the U.S. National Institutes of Health, NASA, DARPA, Army Research Laboratory and the Bill & Melinda Gates Foundation.

Interested to learn about the difference between disinformation and misinformation? Or would you like to hear @dfreelon 's thoughts on data sharing? Listen to his conversation with @noshir @UTWthePodcast

.@dfreelon's approach to his work centers on both scholarship and public engagement. Listen to our latest episode to hear his insights into digital politics and why identity is so important to consider within #webscience research.
https://bit.ly/3aC3AMl

Today @noshir presented a talk on Metatheoretical perspectives on satellite television and development in India: What we learned - and did not learn - from SITE to inform digital media in contemporary India at the #vikramsarabhai Birth Centenary Tribute. @micmanipal @drpadmarani

Touchdown confirmed. The #CountdownToMars is complete, but the mission is just beginning.

Today @noshir, @dorothy_carter, and Sandra Whitmire from @NASA_Johnson joined @tiffanylohwater for the #AAASmtg press briefing. As a reminder, their #AAAS20201 session on Understanding and Enabling Human Travel to the Moon and Mars is tomorrow at 1PM EST.

Join @dorothy_carter @TeamsLab @dechurch and others on 2/11/21 at 1 pm ET at @AAASmeetings to hear about our latest research on helping @NASA_Johnson prepare effective teams for space travel https://shar.es/aowmix