Contractor at the AAAS 2021 Press Briefing

Today Noshir Contractor, Dorothy Carter and Sandra Whitmire attended the American Association for the Advancement of Science 2021 Annual Meeting press briefing and discussed topics surrounding science of teams in long distance space exploration. This briefing was conducted prior to their Scientific Session tomorrow on Understanding and Enabling Human Travel to the Moon and Mars, which will be live at 1PM EST.

NASA is preparing to send the first woman and the next man to land on the Moon and then on to Mars. These efforts are leveraging advances in science and engineering to design the complex technology that will take humans on these missions. Yet the one element that scientists cannot design are the humans these rockets will carry. Over the past 6 decades, researchers have made remarkable progress in understanding how humans respond physiologically to, and can mitigate, the extreme conditions in space such as radiation and weightlessness. However, it is only in the past decade that we have begun to understand how humans respond psychosocially to, and can mitigate, the effects of isolated, confined, and extreme environments for long durations. Further, unlike previous space missions, deep space exploration teams will face the ultimate communication barrier: light speed. Delays of up to 22 minutes for a signal to travel from Mars to Earth means messaging “Houston we have a problem” during an emergency is not an option. Hence teams exploring deep space will need to act with an unprecedented level of autonomy while coordinating with “teams of teams” back on earth. This session brings together an interdisciplinary panel of experts all deeply engaged in conducting the science that is helping NASA understand, anticipate and mitigate the effects of deep space exploration on teamwork and its performance on upcoming missions.

For more info on the press briefing, click here. 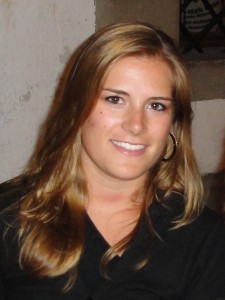 Ever wondered how social media can affect mental health? Or how we can use the Web to better understand and improve wellbeing? @munmun10 of @SocwebGT and @gtcomputing answers these questions and more in our latest episode:

A quote tweet to a hyperlink? Check out how these social media ties create digital networks on the web in this week's Untangling the Web Podcast:

.@RobAckland established @vosonlab to help study how people are linked on the web — including through hyperlinks! Watch us use a hyperlink now to connect you to our latest episode featuring Rob:

Working on theory and research examining challenges and opportunities stemming from digital and remote work on the Web? Consider submitting a paper (04/23) or an abstract (05/17) to The Near Future of Work Workshop we are organizing at #WebSci21 @WebSciConf! @noshir @ywu2450

What does the new future of work look like? What is the role of web science in all of this? Check out the latest episode of @UTWthePodcast featuring @jteevan from @MSFTResearch to hear more about this
https://bit.ly/3trWj8K

Many of us are tired of WFH. But as we move toward the “Next Normal,” what can we learn from it? Hear directly from @jteevan who worked on what @Microsoft Research believes to be the *largest synthesis* of findings related to post-COVID work practices: