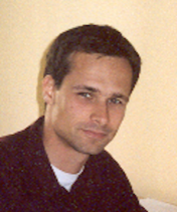 Social Networks for Academics Proliferate, Despite Some Scholars’ Doubts – Technology – The Chronicle of Higher Education