Today Noshir Contractor presented a talk on Metatheoretical perspectives on satellite television and development in India: What we learned – and did not learn – from SITE to inform digital media in contemporary India at the Vikram Sarabhai Birth Centenary Tribute. 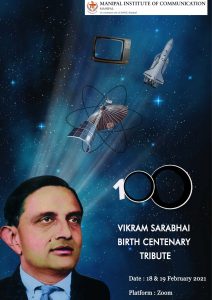