SONIC Lab is proud to welcome Dr. Jake Fisher of the University of Michigan. He will speak on Monday, April 15th, 2019 at 10 am in Frances Searle Building, SONIC Conference Room 1-459. Please contact Brent Hoagland with any questions. 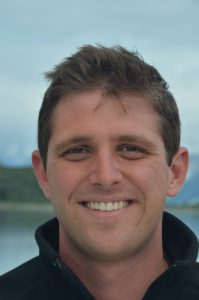 Social networks represent two different facets of social life: (1) stable paths for diffusion, or the spread of something through a connected population, and (2) random draws from an underlying social space, which indicate the relative positions of the people in the network to one another. The dual nature of networks creates a challenge: if the observed network ties are a single random draw, is it realistic to expect that diffusion only follows the observed network ties? This study takes a first step toward integrating these two perspectives by introducing a social space diffusion model. In the model, network ties indicate positions in social space, and diffusion occurs proportionally to distance in social space. Practically, the simulation occurs in two parts. First, positions are estimated using a statistical model (in this example, a latent space model). Then, second, the predicted probabilities of a tie from that model—representing the distances in social space—or a series of networks drawn from those probabilities—representing routine churn in the network—are used as weights in a weighted averaging framework. Using longitudinal data from high school friendship networks, the author explores the properties of the model. The author shows that the model produces smoothed diffusion results, which predict attitudes in future waves 10 percent better than a diffusion model using the observed network and up to 5 percent better than diffusion models using alternative, non-model-based smoothing approaches.

Jacob C. Fisher is a research investigator in the Survey Research Center at the University of Michigan’s Institute for Social Research. His research focuses on developing and testing better network diffusion models, to understand how ideas, innovations, and information spreading through a group of people help to create and maintain a common culture over time.  He obtained his doctorate in sociology and his master’s in statistical science from Duke University.   His work has appeared in Sociological Methodology, Network Science, Social Currents, and other venues.
Previous Post Next Post

SONIC at IEEE/ACM ASONAM in Barcelona

SONIC papers presented at the 1st NASN Conference in DC